End of the Year Friend-o-hon a.k.a. That One Way How Money Can Buy Happiness 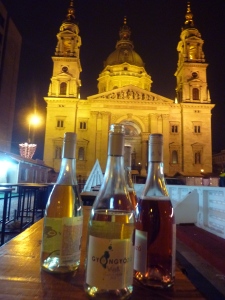 I know it’s the end of January and reflecting on 2013 seems somehow…too late (yeah, no more thoughts of what has happened in the past!). And yet, since ‘less procrastination’ didn’t make it on my new year’s resolution list (making the list haven’t made it to my previous list so it’s not a real thing), I can blog about it now.

Although it’s, you know, just one more round of our planet going around the sun, it can be as meaningful as you want it to be, and, well, I myself (I think I’ve blogged about this already somewhere) like to give some meaning to it.

So during one of my “no, mom, I’m fine, I just ate an hour ago and then snacked afterwards” breaks, I sat down (well, I was already sitting down; I find it hard to move after holiday meals) and made a list. An actual list of my 2013 highlights. A list of highlights was also something that Facebook was insisting on making for me. Facebook’s picks were rather weird and formal, I must say: it wasn’t just my GRADUATION that was a highlight, it was all the good times I had in Budapest!

As I was making that list, I could barely believe one year could contain so much happiness. Seeing old friends (the ultimate joy, isn’t it?), two of my best friends getting married, a couple of concerts of bands I liked for some years now, an awesome three-week backpacking trip that later led to moving to a new country, and all the new friends I’ve been so fortunate to make…

One year: a long period of time that passes so quickly. 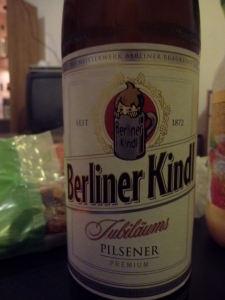 The ultimate gift I got from my parents this winter was the ability to move around a bit to see some of my friends who I hadn’t seen for quite some time. If there is a kind of happiness money can buy, this is it.

With a good company (and that company, if they’re reading this, will recognize themselves…), you will find yourself dancing at a trance party somewhere by Tiberias, taking to a friend till 6 am after an evening of exploring Berlin’s pubs, wondering the streets of Budapest with balloon hats (and a suspiciously looking bottle that looks a lot like palinka…), playing board games while passing around different types of electronic cigarettes, having a good time in a pub that plays music that’s way too heavy for you, or having a cozy evening with high school friends just before your 18-hour bus leaves.  To all of my friends I saw this winter break, I was saying the same thing that was all equally true: “You are my Christmas present, you know.” 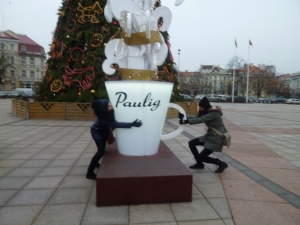 Since my procrastination led to the fact that I’m posting this after my birthday, I want to do a pretty weird but, hopefully, understandable thing: I wanna copy my own facebook status here. Why? Because I’m afraid that I won’t be able to find it later on, and it contains so many memories that deserve to be mentioned here, in a more…permanent (? maybe) place.

So yesterday – and the morning of today, haha – I was seeing that red notification sign here on Facebook pop up multiple times (hmm, in fact, more than a hundred times!). Behind each of the “happy birthday”, “su gimtadieniu”, “feliz cumple” or whatever the sweet greeting was, there was a story (or storiES!). Either it is years of friendship that began in whatever country, a couchsurfing experience somewhere on a paradise island or by the Red Sea, a bus ride shared back to Lithuania, a nice chat at party in Chiang Mai, a motorbike ride in Vang Vieng, an evening in a hostel in Marrakesh, chats on a rooftop in Varanasi, a youth exchange in Estonia, talking about studies (while having a beer) and enjoying cheap shots, haha, in Budapest, volunteering in music festivals in Lithuania, partying here, in Ramallah, or chatting by the lake in my home village: behind each “happy birthday”, there is a smile and a laugh shared. So thank you all, for this seemingly infinite amount of joy that I’ve been lucky enough to have had in my (still!!!:) not so long life. If next 25 years are at least 10 percent as good, there’s nothing more to ask for.

The friend-o-thon doesn’t have to happen only at the end of the year. 2013 was definitely a year of reunions, I can only hope 2014 will be one, too. 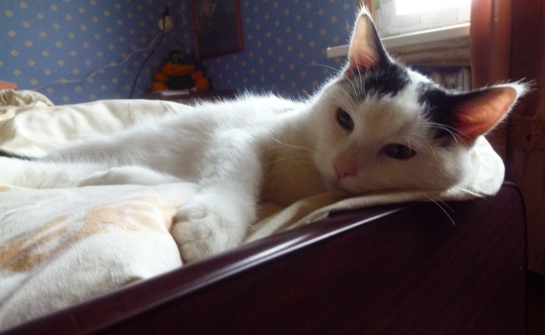 Friendship, Travels
← It’s All About Kindness, Isn’t It?
→ Attention, Detention