Before I dive into this avalanche of posts I’ve been meaning to write about my trip to the Middle East, let me give you a brief intro. Officially, I was here for my MA research. Unofficially, I was here for any other reason, including “why not?” and some desire to once again escape Europe. My research for which I chose to travel to the West Bank was, to put it shortly, wrapped into spending some time in Israel, seeing as much as I could of Palestine itself, and even hitting Jordan for some days to meet up with my good college friend. Three weeks, three countries, constant request sending on couchsurfing, and, well, many many things that not only can’t fit in this sentence but can barely fit in my head. So let me start releasing these stories and, who knows, maybe this is how I’ll make sense of what I have just experienced. After this clichéd saying – let’s begin! 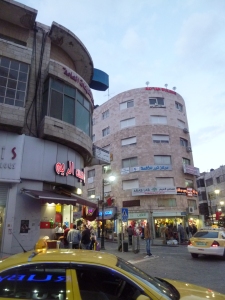 So, after some very enjoyable days in Tel Aviv and its surroundings (nice hosts, the beach, even a forest rave!), I was on the way to Jerusalem to catch a bus to Ramallah in the West Bank to finally start my official research. According to wikitravel, all I needed to do is to take a bus in Jerusalem from Damascus Gate and it would take me to Ramallah (well, with some checkpoints on the way, but still). All I needed to do indeed is to freakin’ follow this advice. And yet, trusting the knowledge of people working in Jerusalem bus station, I was told there are no direct buses to Ramallah from Jerusalem and that I should take a bus to Bet El and go to Ramallah from there. “The people must know their stuff”, I thought with some properly serious expression on my face and boarded the bus to Bet El. I’ll just take a bus from Bet El bus station and will be fine, yes.

My confidence was rapidly decreasing when we reached what I suspected was Bet El and, well, realised that there may or may not be a bus station there. Bet El, as I was later told, is a huge settlement but so didn’t have a bus station indeed. I asked a fellow passenger who spoke good English to ask the driver how I could get to Ramallah, and – what a fortunate coincidence indeed – the driver was new here and had no idea on this matter. The last stop came (nothing resembling a bus station for sure). Everyone left. The bus turned around and we were on our way back to Jerusalem, yay! I asked again how I can get to Ramallah from here and – a good thing I could at least pronounce that proper noun well – he stopped another bus on the way and got some info. That info, hmmmm, didn’t turn out to be that encouraging for me: there’s a road to Ramallah with a checkpoint on the intersection, the driver wasn’t sure if there are buses going that way, but so he could drop me there. With all the sketchiness, that still sounded better than coming back to Jerusalem, and so in a minute I found myself with my backpack standing by that intersection, in a mild rain with no umbrella, looking at the checkpoint with some doubts in my head. “Well, let’s see what happens!” I thought to myself and started walking towards it.

I  was quickly approached by an Israeli soldier walking towards me. “Ehmmm excuse me, shalom, is this the way to Ramallah?” I humbly asked. “Yes, but this is only for cars” he answered, also kinda humbly. A small pause in my head. “But can I just walk through?” a logical question followed. “No, sorry, this is only for cars, you have to be in a car to cross.” Another pause, this time a bit longer, followed. “Soooo, I can’t just walk through here, but if I’m in a car, like hitchhiking here in front of you, it is OK?” “Yes, as long as you’re in a car”.

My first reaction: what a nonsense!!! What difference does it make safety-wise if I’m walking or sitting, with the same backpack, in someone’s car? Though, I guess, the checkpoints aren’t necessarily about safety. So, all that’s left to do for me was to turn around, walk a bit further away from the checkpoint, and wait for someone to be kind enough to stop.

To be honest, for that one – literally, one – minute I did feel rather miserable. It was kinda raining, the soldier guy told me the other way to Ramallah is a big D-tour (essentially, he didn’t know how else I could get there), no cars were passing by and I was getting afraid the rain would start pouring and theeeen it would be really awful. And then, after that minute of me trying to hitchhike literally 5 metres in front of the soldier, a car stopped. “Hi, excuse me, I’m going to Ramallah and couldn’t find the right bus, could you perhaps give me a lift?” and midway in the sentence the guy said “sure, get it.” I got in, we passed that soldier without even checking any of our IDs, crossed the checkpoint and, apparently, were almost already in Ramallah (“so, how far away is Ramallah from here?” “We’re here already” – and then, a silent high-pitch “whaaaaaaaaaaaat?”).

During that short drive, I had a sweet chat with the guy who is a filmmaker here in Palestine/Israel, so he briefly introduced me to the movie scene here, and, well, I was so happy to finally have reached the city that I forgot what else we talked about. 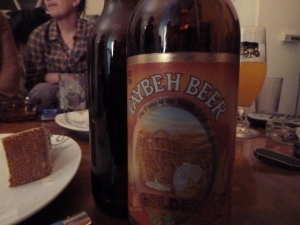 In Ramallah, I had a couple of hours to kill before meeting up with my CS hostess (of whose awesomeness I quickly learnt) and so I spent it buying what I would later describe was one of my “souvenirs” from the city: warm shoes. It’s a nice reason to do shopping: not to die of cold! The other souvenir was a warm jumper (you may see me wear it once in a while if you’re lucky). The weather for half a week there was so unexpectedly cold that the level of me caring about my looks has reached its all-time low. And I thought socks and sandals was it!

What’s the point of this story? Hmmm bring warm clothes to the Middle East in April? Trust wikitravel more than people working in bus stations? In my head, there are many points, and, as I’ve said, I’m still trying to make sense of them.