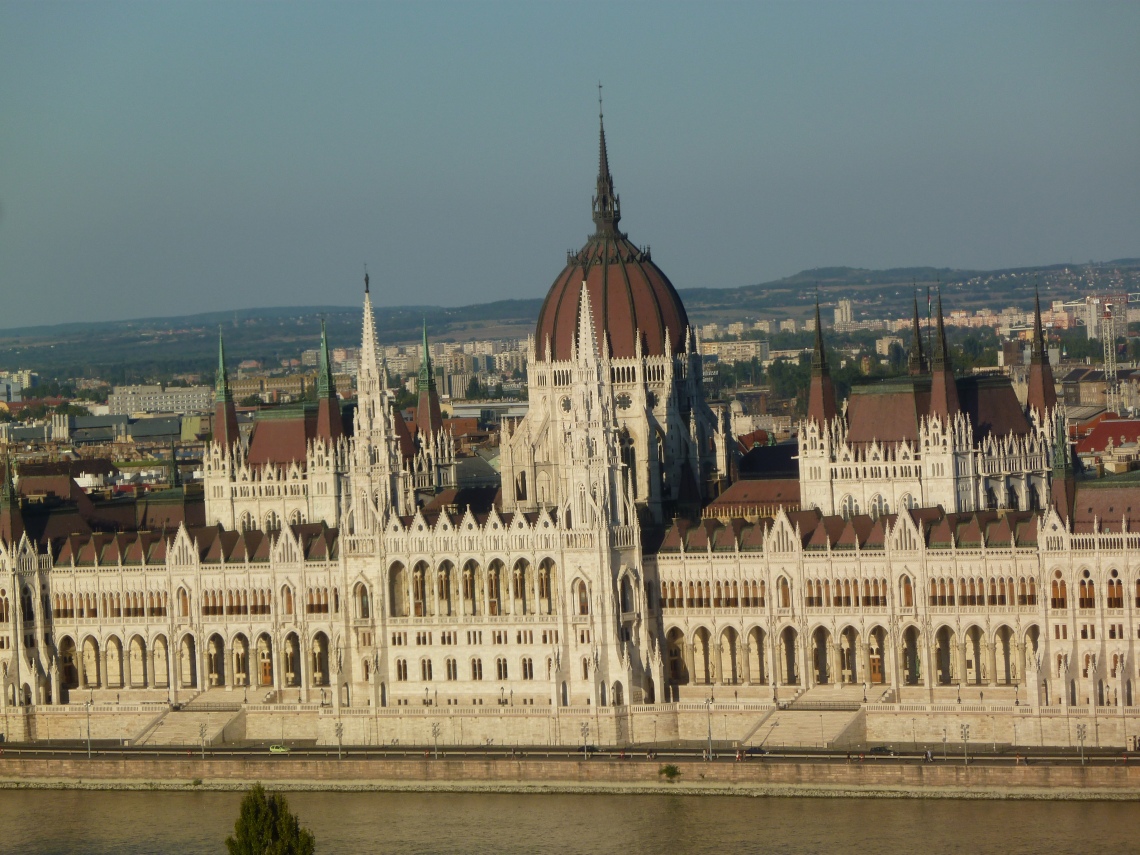 I was originally planning on having one entry about my first weeks in Budapest. You know, to tell you more about how I discovered Szimpla, realised that it’s not a good idea to try to look at the Parliament building from the Pest side of Budapest, checked out A38 and saw that it is a cool boat (if it’s the coolest pub in the world, as Lonely Planet says, I’ll leave myself some time to decide), and how I wasn’t disappointed by a couchsurfers’ meeting. These first weeks were officially defined as orientation time for new students, however, I think the unofficial definition we ourselves chose for that time period was way more fun.

But you know what, precisely because those weeks were some kind of introduction to becoming a student again, I want to write about something completely irrelevant. Oh, trust me, if I wanted to, I could dedicate a number of blog entries on complaining about how much work I have (completely disregarding the fact that it was my choice to continue my studies) but, instead, I want to share my happiness with you over a very simple thing: I bought a bike! 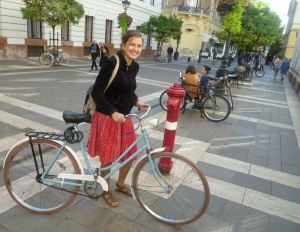 “That’s it, I always wanted to have a bike when I live in a city, I am living in a city and so I will get a bike!” was the reasoning I had and the reasoning I followed (if only I could follow my “I need to study so I will study” reasoning with as much determination). After some evenings spent with a Hungarian ads website and GoogleTranslate, and some days spent looking – literally – at my wallet, I picked it. My shitty, second-hand, a bit disgusting looking city bike. Yet the moment I brought it home, all these qualities didn’t matter that much. It was, after all, my bike now.

How it affected me, my – if you haven’t seen The Motorcycle Diaries you should feel horribly embarrassed now; stop reading and go see it – newly acquired La poderosa, was rather weird. The very first day I rode it I became highly aware of how many people walk on bicycle lanes thinking it’s the same pavement. I chose to forget that it was me a day ago, walking on the same bike lanes, and every time I would see a person crossing my way I would think “c’mon!” and would even give that person a slightly mean and more of a patronising “Seriously?” look.  Also, in an instant, I started feeling an all-encompassing solidarity with all the cyclists. As days passed, I would even add a small nod to my smiles at other bike riders. On my way to uni and back, it was a combination of those “Seriously?” glances and “Respect, fellow biker” looks. 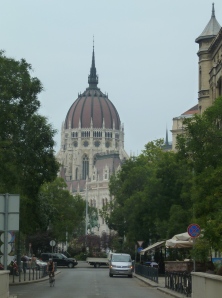 Finally, to reinforce that “me, but cooler!” image that I have of myself while biking, I have replaced a large portion of the songs on my mp3 player with some faster tunes. You know how some songs make you feel like you’re a movie, just walking all incredibly cool, waiting for characters from some Guy Ritchie movie to join you? Well, being on a bike somehow amplifies that feeling.

Before I leave you with one of those “faster tunes” I’ve mentioned, here’s the link to another piece I have recently written for the newspaper of my university. It’s about another kind of solidarity and another kind of means of transport: http://ceuweekly.blogspot.hu/2012/09/nocturnal-solidarity.html