The Pyramid of Coolness 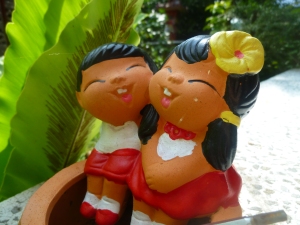 If there’s one good day for me to blog about this, it is today.

(“Today”, conveniently, will be whatever day you’re reading this)

It is Valentine’s Day and no matter if you want it or not, you’re sort of forced (although you deny that in public) to stop for a moment and dwell on your – let’s use a facebook term – relationship status.

Mine hasn’t changed in years and what caught my interest is that many of my truly amazing friends are also single. The more people I’ve met, the more this paradox appeared to be true. “What the hell?” I would philosophically wonder.

Therefore, this at first sight paradoxical phenomenon – absolutely sweet people not having that sweet special someone – had been on my mind for some time. I say “had been” because around a year ago I have come up with a brilliant theory, a model, if you will, that serves as a pretty good rationalisation of the seemingly irrational.

So: the mystery, the dilemma, that ultimate enigma of how come so many cool people are single has been cracked!  And it all can be revealed through what I like to call The Pyramid of Coolness.

Imagine a basic pyramid where all the people are placed according to how cool they are. At the bottom we find the ones with an appalling lack of sense of humour (or an excess of primitive one), bad-tempered, rather boring and, well, incapable of brightening up your day with their intellect. In the middle…there’s the middle bunch, and then there is the top. What do we find at the top, according to my extremely subjective reasoning? We find some exceptional individuals, my dear readers (since you’re reading this, the likelihood of you being at that top is extremely high).

We find people with sharp mind and dry wit, who know in what company politically-incorrect jokes do actually work. People who aren’t afraid to laugh at themselves, who know a lot but understand that there is so much more to learn. People who aren’t embarrassed to change their mind from time to time. People who are cordial and make you feel good no matter in what situation you are. This description could go on for several paragraphs more, but you know you’ve met someone from the top of The Pyramid of Coolness as soon as you start talking to one.

“But Juste, since it’s a pyramid we’re talking about, that can only mean that there aren’t that many people in the very top part of it!” one might say.

My sad presumption here is that, unfortunately, there are more people in the other parts of The Pyramid than there are at the top. That is, the cooler you are, the more difficult it gets to find someone from the same level. Surely, one can drop down to a lower level but…hmmm, what would happen then?

If you’re somewhere at the middle, ah, imagine how many people like you there are! More fish, a way bigger pond. But if you’re at the very top, like they say, it’s tough.

The conclusion is: one should never wonder why this or that awesome person is single. Instead of wondering about “what’s wrong” with him or her, one should think “Wow, she/he is really chill, it only makes sense she/he is single!”

At the same time, I’m by no means saying everybody who has found that special someone must be from the lower parts of The Pyramid. Not at all! As I look at my awesome couple friends and think of my own life, I elegantly say: “Screw destiny! It’s all about the geography and the timing.” The lucky ones, thus, are simply indeed lucky. And I’m honestly very happy for them.

To end with, I apologise for the ones who have naïvely expected this post to be about some pyramid that would give you an easy answer to that ultimate question of how to meet someone. I’m sorry, I can only rationalise the fact that you’re single, I can’t change it.

In other words, there’s nothing more romantic than an elitist theory.

Strange Realisations
← Koh Phi Phi Series No. 5: We Hit Turbulence
→ Isaan: What You Do When You Don’t Do Anything

3 responses to “The Pyramid of Coolness”