Happy Something to Me…

Instead of a super long facebook status, today I resort to this. I don’t usually think birthdays is a big deal (apart from an awesome opportunity to gather a bunch of friends together): maybe I haven’t reached the age when I’d start panicking and hiding my birth date from my closest friends, I don’t know. Also, I think I can buy alcohol by now in all the countries that actually sell it. But this entry is on something nice. I can allow myself to be old-fashioned starting from today so maybe a blog post with less sarcasm is even appropriate for this occasion.

I’ll start with a story that has so little detail that I want to apologise for that in advance.

You see, I had a talk once with I don’t remember who (lack of detail, take one), but the person was saying, rather stubbornly, that there is for sure a limit of how many good friends one can have. Was it ten or fifteen that he was insisting on to be that limit (lack of detail, take two)? I don’t know. What I know now is that, if chatting with that mysterious person again, I would probably phrase myself a bit differently today. There is one simple word that could pretty much summarise my sophisticated response: BULL-SHIT!

For me, this is what birthdays have been about for some years already: taking a moment, reflecting on how life has been for the past year, hopelessly trying to identify some signs of maturity (not to be confused with snobbishness, dullness, and lack of sense of humour), and then realising that my drinking habits haven’t really improved in any healthier way. 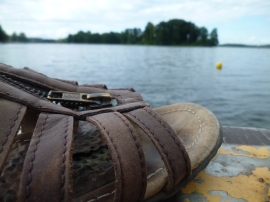 To be honest, my “23 to 24” reflection summary is even cooler than “22 to 23”, and I didn’t think it would be possible. South Asia, Central Europe, Middle East, youth exchanges, music festivals, an old yet sweet bike, new “permanent decorations”, even an interview with a long-time admired musician: and that’s not even all. But it’s already a damn good count of things I do greatly appreciate and feel extremely thankful for.

Yet the secret ingredient, the very core of this list, is missing. This core relates to the boring story I’ve attempted to tell you.

How can I put this?.. Let me just tell you, that when I start thinking about all the people that are dearest to me, all the awesome travel companions I had the pleasure of meeting, all the acquaintances I’ve exchanged stories and laughs with, I am seriously worried my head might explode, and that might heart might not handle it (have you, too, ever wondered how all that affection somehow still fits in your heart?).

But so. It wasn’t the Ganga itself, neither was it surprisingly cheap beer in Berlin, nor an incredibly beautiful lake in Estonia (where – one of the best moments of the year, definitely! – I saw a paddle boat accident that I never thought would be physically possible). And no matter how cool I think I look when I’m riding my bike, or how non-European I look with an Israeli tan, it wasn’t it.

The main reason why that “23 to 24” time was so nice was…all of you! To have met a bunch of interesting, witty, smart, let’s not forget good-looking, outgoing – and outspoken! – people: this is great luck. Maybe the greatest – and the only – thing one can actually feel lucky about. 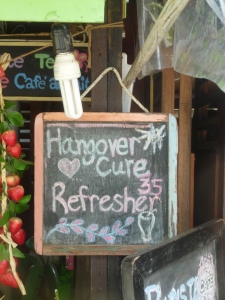 This year, 2013, has already brought me a bunch of sweet reunions, so keeping that combination of seeing old friends and meeting new people, only to be placed among the nicest folks I know, is something I hope I will blog about in January of 2014.

PS. Yesterday, when my alarm clock (which is…just my phone) rang, I wisely defined “senile” to myself. According to that brilliant definition, I’m not old as long as a cell phone left on vibro, placed on a hard surface, doesn’t give me a heart attack. Not this morning, death!

PPS. (<–I don’t like when people use this term!): http://ceuweekly.blogspot.hu/2013/01/me-better-aka-list-of-things-i-probably.html here’s a new article for my uni which can calm you down a bit if you’re already breaking all the promises to yourself on your New Year’s resolution.

Like Loading…
← The Ultimate Test (not really)
→ Palestine Series No 1. Ramallah: “…not the destination, but the journey itself…”

One response to “Happy Something to Me…”